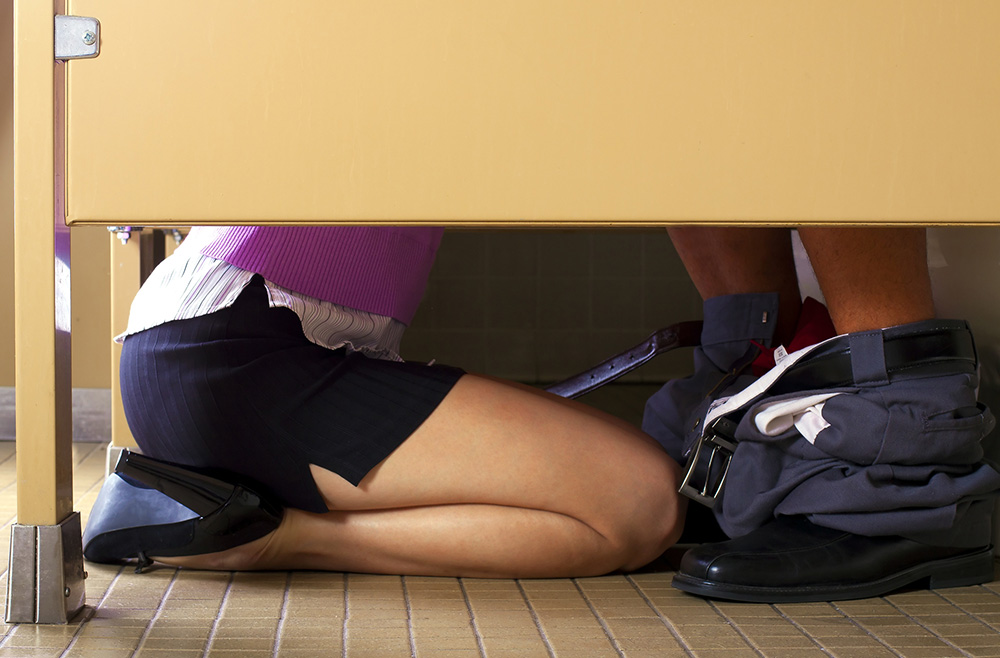 In the words of two of our favorite rapping seasonings, "Let's talk about sex, baby!"

Researchers at Oregon State University found that an active sex life at home gives them a "spring in their step" at work. This falls in line with prior studies suggesting sex is an antidepressant.

We know it feels good and makes us happy, but what other benefits does sex give us? We explore nine healthy benefits of a daily sex life below.

The Benefits of Daily Sex are Plentiful

80% of men will experience a drop in their libido as they get older. This happens because men lose testosterone as they age. If you feel these effects, you now know you're not alone.

But doing something to boost your libido leads to more than a good time; you can end up healthier and ultimately, living longer.

One study found that older men (at least 60 years old) who had higher levels of testosterone lived longer than their peers who had lower levels.

The benefits of daily sex are endless, but we're going to take a look at nine of them...

You lead a busy life. You work 40-plus hours a week, have a house that needs maintenance, kids that have to get to after-school activities, and a wife who needs attention.

Your brain is in constant motion, even when you're relaxing. If you do have enough hours in a day for 8 hours of sleep, you're not making the time count.

Sure, your spouse or partner may joke about you falling asleep post-coital but it's nothing to laugh at. In fact, it's good for you.

When you orgasm, your body releases a hormone from your pituitary gland called prolactin. Prolactin suppresses dopamine, making you feel sleepy instead of energized.

Oxytocin, another "feel good" hormone rises and relaxes you and if you have sex with the lights off, melatonin signals your brain that it's time to sleep. All these come together to make a sleep cocktail and we all know we need sleep to stay healthy.

Researchers at Wilkes-Barre University found that people who have sex at least once a week have higher levels of immunoglobulin A. Immunoglobulin A is an antibody that is important for immune function, specifically in your mucous membrane.

In other words, it helps your body fight off common colds and viruses.

It Lowers Your Blood Pressure

One study claimed having sex with a partner lowers systolic blood pressure (first number in a blood pressure reading), not flying solo. Since we're on the subject of the heart...

It Makes Your Heart Healthier

Everything you just read about sex decreasing blood pressure also means it keeps your heart healthy.

The American Journal of Cardiology published a study that found men who had sex at least twice a week were 45% less likely to develop heart disease than men who had intercourse once a month.

Of course, there are other factors that play a role in keeping your heart healthy and guess what? Sex helps those too!

You know that exercise is good for you and if you make time to get to the gym every day, kudos! But sex counts as exercise, too.

The average male burns 100 calories in a 30-minute sex session. If you're prone to shorter sessions, multiply the number of minutes you do go at it by 4.2 and you'll find how many calories you burn.

Earlier, we mentioned that you release oxytocin when you orgasm but it actually blocks a "bad" hormone, cortisol, which causes stress.

This also circles back to the beginning, where we told you about the recent study that found people who have frequent sex have "better" days at work. Work is a major stress-inducer so anything to lower those stress levels helps.

It Builds a Stronger Relationship

In different matters of the heart, have you wondered why newlyweds always have that glow and seem so happy?

It could be because they argue less and don't have the stresses a well-established marriage does, but it's likely because they have more sex.

The more sex you have, the stronger your bond, according to Psychological Science. And who are we to argue with science?

The Kinney Institute at Indiana University says that the more sex you have, the better your memory.

They point to two separate studies that found male rats that had daily sex for two weeks had more neuron growth and better cognitive functioning than their counterparts that had sex once over the same time.

The women who reported having sex more often were able to recall the words they recognized at a higher success rate than those ladies who had less sex.

Why? Because word memorization is a function of the hippocampus, a structure within the brain. It's the same structure where neuron growth was found in the rat study.

You're Less Likely to Get Prostate Cancer

In a massive study of more than 32,000 men, researchers discovered that the more a man ejaculates, the lower his risk of prostate cancer.

Specifically, men in their 40's who ejaculated at least 21 times a month were 22% less likely of developing cancer than men in the same age group who ejaculate 4-7 times over 30 days.

The reason for the correlation isn't exactly known, although scientists believe it has something to do with toxins leaving the body. Okay, so that one isn't exactly intercourse, but who's complaining?

We Can Help Get Your Libido Back on Track

Knowing the benefits of daily sex is the first step. Finding out how to increase your sex drive is the next. We can help!

Schwinnng is the most advanced all-natural male sex enhancer on the market. The ingredients we use have been studied by medical researchers and have proven to be effective in boosting your libido

Read our testimonials or contact us with any questions and get your sex life back on track.