Home  ›  Blog  ›  Alcohol and Sex Drive: Everything You Need to Know

Alcohol and Sex Drive: Everything You Need to Know 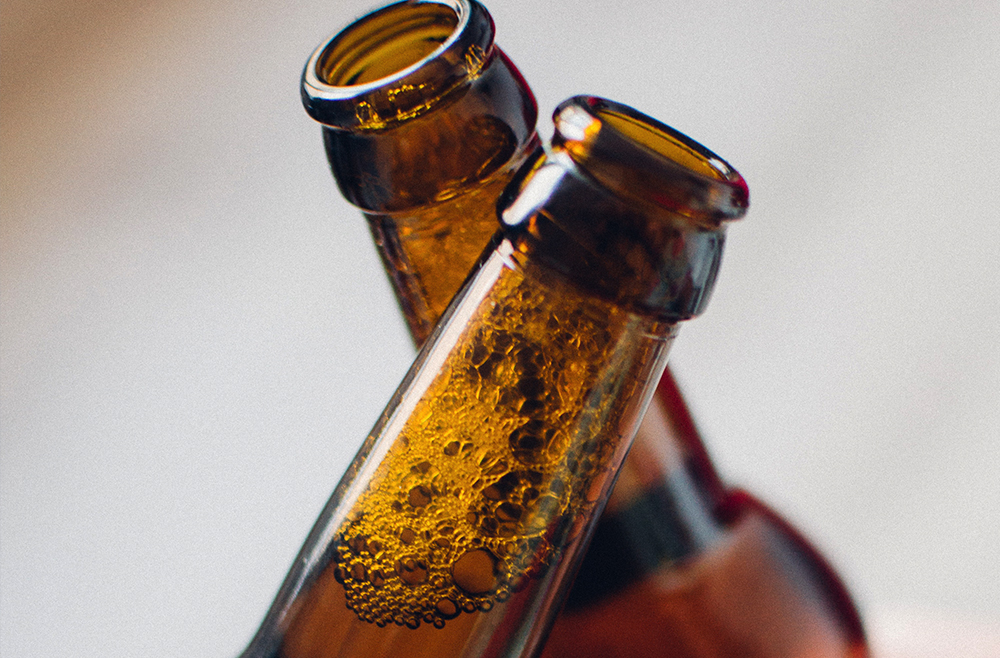 Do you feel like your sex drive is going down the drain? Is sex slowly becoming a foreign concept as your age increases? You could be getting disappointed with your performance as a man, and that can affect your esteem.

What you are going through is referred to as low libido. It is a reduced interest in engaging in sexual activities.

The level of libido in a different individual varies. It is normal to be less interested in sex from time to time. However, when your libido decreases for a long period, it could indicate a health problem.

Alcohol is one of the factors that affect sex drive. Alcohol is known to reduce an individual’s sexual psychology and as such, reduce sexual activity. Its suppressive effect on psychological inhibition, however, increases sexual desire.

The relation between alcohol and sex drive in men is that it prevents the production of testosterone. Because testosterone is required arousal and libido, alcohol is detrimental to male sexual desire.

How do you know what is right for your sex drive and what is not? Do you have questions on how alcohol reduces male libido? Are you curious to know what other factors may affect your sex drive?

Don’t worry, we have got you covered.

What is low libido? What causes a decreased sex drive?

Those are some of the questions that could be in your head. Low libido is mainly caused by the following;

Testosterone is the hormone responsible for sperm production in the male. It is also important in regulating sex drive in men. The level of testosterone in adult reduces in male, which leads to a reduction in their sexual drive.

Low libido causes adult men to be less interested in sex as they were when testosterone production was high. A drastic decrease in testosterone thus leads to decreased libido as well as greatly reduced ejaculate; which means that the amount of seminal fluid that you ejaculate, can be greatly reduced by alcohol consumption. Did you ever notice that after drinking, your ejaculate volume may have been reduced to a drop or two, when other times it is quite a bit more? This is directly related to alcohol consumption, particularly in older men.

The syndrome forces one to uncontrollably move their legs. The condition increases the risk of men developing erectile dysfunction.

Medicine that reduces the production of testosterone also decrease libido. Some medications, such as those used in the treatment of high blood pressure, may prevent erection and ejaculation. Also, drugs such as ketoconazole, corticosteroids, and hormones used in prostate cancer treatment my drastically lower libido.

Being in situations that are mentally demanding may reduce your overall sexual drive. Stressful situations are known to lower testosterone production and, thus, reduced sexual arousal.

Blood flow to the sexual organs are reduced when one is stressed, and as such erection becomes an issue. Erectile Dysfunction has been linked to stress.

Confidence in one’s self and their abilities is important for sexual performance. As such, loss of confidence can lead to a reduced desire for sex. A feeling of unattractiveness or anxiety about performance can lead to low libido.

Alcohol consumption, especially in large quantities, has been linked to decreased libido. The production of the hormone testosterone is affected by alcohol, and such sexual drive is reduced over a prolonged period.

Low libido symptoms include a loss of desire in sex, trouble getting an erection and ejaculating.

The relationship between booze and your sex life is a little tricky. Depending on how much you consume, alcohol can play out to be either good or bad on your sex drive.

First of all, alcohol is known to lower inhibition. Isn’t that good new? Especially for those with esteem issues. It makes you forget about your insecurities for a moment and dive right into sex.

Stress has been seen to cause low libido, and alcohol can make one temporarily forget about their problems. The depressant property in alcohol makes neurons in your brain to slow down. The result is reduced pressure and worry.

Interestingly, alcohol has been seen to increase attraction. It makes individuals feel like being close to their partners. It affects the prefrontal cortex of the brain, which typically makes one more emotional.

The effect of alcohol on sex drive in men is more noticeable in men than in women. Men have been victims of ‘whiskey penises’ resulting from alcohol intake. You may have been a victim, after taking alcohol, have you ever found it hard to get an erection? Yes, there you have it!

Even though for years, alcohol has been praised as being a sexual stimulator, the results have been contrary.

Excessive usage of alcohol has been linked to penile dysfunction. Increased blood alcohol levels decrease the ability of the brain to sense sexual stimulation and as such, low sex drive. Alcohol also works as a depressant which generally works to suppress the nerve endings, which are important for the penis to be stimulated.

Without a good flow of blood to the penis, it is impossible to get hard.

The hormone angiotensin is responsible for erectile dysfunction. The production of the hormone is increased by dehydration caused by an increased intake of alcohol. Alcohol also causes blood volume to reduce.

Thus, to reduce the effect of alcohol on sex drive, it is advised that you reduce your consumption of alcohol.

Physical Effects of Alcohol on Men

The main goal of sex is a pleasure and eventually getting an orgasm. If that is taken away, then it loses its whole essence and become a normal activity like let’s say jogging or walking. Alcohol decreases that pleasure and may prevent orgasm.

Achieving an orgasm is much easier among men who were sober as compared to those who had had a few drinks.

An erection is the main part of sexual intercourse, and without it, the event doesn’t start. Alcohol leads to erectile dysfunction, which leads to overall low libido.

You have been informed about the effects of alcohol on sexual drive and have seen the relationship between alcohol and sex drive. It is now safe to say that you are one step closer to solving your issues with low libido.

Struggling with low libido? Visit our page for more information on how to tackle it.